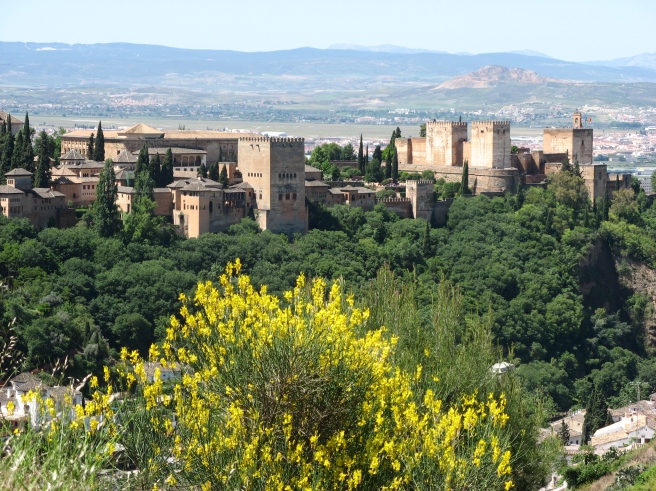 As the latest Brexit bill is debated in the UK Parliament following a referendum in which I had no vote and after more than three wasted years of expense and argument, I’m thinking about all my reasons for moving to Spain twenty years ago and all the things I love about living here in Granada. Many factors led me to choose this particular city: its size (not too big nor too small), its fascinating culture and history, its university, its mixed population, and of course the beauty of the mountains that form its backdrop.

I’d always felt at home in Mediterranean countries. Not just at home but happier. I think what made the greatest impression on me from my first experience of Southern Europe was the quality of the light. Colours were brighter, more intense. And my senses responded accordingly. Like a flower turned towards the sun, I opened up, all my senses becoming more alive. I still notice it when I return from visits to Britain: a rise in spirits, a loosening up, a long exhalation of release. 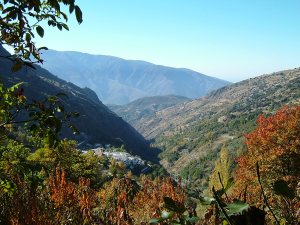 Warmth is obviously a vital factor: being able to live outdoors for much of the year, to eat outside whatever the season, linger in the streets or sit at a table on some restaurant terrace in sun or shade, or in summer by the light of the moon. It may be cold in winter (Granada is often a few degrees below zero in the mornings) but the sun still has strength and in the afternoons it’s usually possible to sit outside comfortably for a few hours.

I love the liveliness of the streets, where there is always something going on day and night, where people don’t all rush off to their separate homes, shutting themselves off from each other. I love the more grown-up attitude to eating and especially drinking.  That alcohol-fuelled aggression that can hit the streets when the pubs close – one of the least endearing features of life in Britain – is rarely seen here. Both eating and drinking are regarded as social activities and keenly enjoyed as such; ‘binge’ is not a word easily translatable into Spanish. The right of workers to half-hour breakfast breaks in the nearest bar for coffee and toast, a chat or a chance to catch up with the news in la prensa seems to me eminently civilised, as does the custom of a long lunch and siesta when the family can relax together. The Spanish manage that ‘work-life balance’ so much better.

Then there’s the quality, variety and freshness of the food: fruit, vegetables, fish that taste as they should. Luscious, ripe cherries or figs or apricots; tomatoes with real flavour; prawns, squid, sea bass, sole, sardines, fresh from the sea. Ready meals are scarcely seen, even in supermarkets. Every town and village has a market for fresh food, available in its proper season. 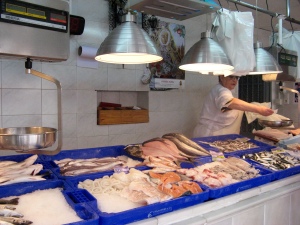 In bars, good coffee doesn’t cost an arm and a leg, while freshly squeezed orange juice is nearly always an option. If you prefer tea, you can simply head for one of the many Moroccan teterías where you’ll be faced with a choice of up to eighty different types along with delicious Arab pastries. In Granada, tapas come free with your drink and when a glass of Rioja or beer and a tapa come at just a couple of euros, an evening out doesn’t have to cost a fortune. 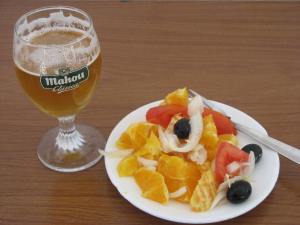 I love the cariño, the warmth and affection expressed with touch, with kissing and embracing between friends. How cold a handshake seems in comparison. I love too the way the generations mix with far less segregation between age-groups. Go to a village disco, a wedding or any family occasion and you’ll see everyone from kids to grandparents bopping away to the same music, infected with the same good humour and sense of fun.

Of course not everything is rosy. Every place has its downside. But whatever setbacks I have to face seem immeasurably smaller when the sun is shining and the view from my window is so beautiful. If I ever have to return, I think a part of me will die.