In this post, I’m travelling back over forty years to the life-changing journey that also led me to write my first book, Kathmandu by Truck, now long out of print.

1974. The hippy trail is in full swing. Afghan coats are ‘in’ and their country of origin still at peace, give or take a few bandits in the hills. I was no flower child or pothead; my hippy credentials were non-existent. In fact I was a member of that most unhip profession, librarianship. Frequently portrayed as timid creatures with hair in a bun, spectacles, sensible shoes, some of us had to rebel. So it was that one grey September evening of that year, a colleague and I found ourselves among the twenty-two people gathered around a blue and orange truck parked on the forecourt of Victoria Station. Watched by curious commuters, we piled our rucksacks onto the trailer and clambered aboard the converted fire-engine which was to be our home for nearly 3 months and carry us 12,000 miles across Asia to Kathmandu. Life would never be quite the same again.

The first few days were a lesson in fortitude. It rained without respite. Mud and motorway were all we saw. Clothes, tents, feet never quite dried. Utterly dispirited, we huddled in the truck, wrapped in blankets. I wanted out.

Then we crossed the Greek border and suddenly our world leapt into colour, transfigured by brilliant sunshine. All regrets vanished. I was drunk on the freedom and adventure of life on the road. I remember my first night under the stars in a forest clearing near Troy. A bright crescent moon added to the glow from our dying campfire as I lay in my sleeping bag, listening to the tinkling bells of the sheep and the shepherd singing softly to his flock.

Forty years on, the images are still imprinted on my mind. The smiles of the women peeping shyly at us out of their chadors in the remote Iranian village where we stayed overnight at the invitation of the headman, met by chance in an Isfahan bakery. Drifting down the Ganges at dawn, observing the teeming river, where yoga and laundry, ablutions, devotions and cremations each found a place. The entrancing, almost hypnotic effect of incense and flowers, water and white marble, music and chanting, at the Golden Temple in Amritsar. The stillness of nights in the desert under skies embroidered with brilliance. And, not least, our final triumphant entry into Kathmandu after twelve weeks on the road. 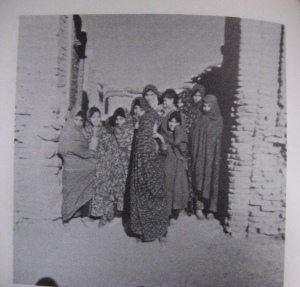 We thrived on the unexpected and sometimes bizarre: the border official who was convinced we had the tins of chicken legs he craved stashed away in our lockers (but eventually accepted Pete’s vodka as an alternative bribe); the young Iranian who stopped Ernie in the street and told him; “You have good vibrations, I dig you”; the cook on our houseboat in Kashmir who made our breakfast toast the night before when we warned of an early morning departure; the surprising barter value of a toothbrush in Afghanistan. So many rich experiences – of people, places, ways of living – that changed me and my view of the world.

High up in the Hindu Kush mountains of Afghanistan, nights were icy; camping was not a sensible option. Instead, we joined the locals round the oil stove in one of Bamian’s numerous chai houses. As in many southern countries, such places were not frequented by women but these men welcomed us without demur and showed only respect as they talked of their families, their lives, their dreams. Before the Russians, before the Americans, before the Taliban; before the bombing.

We drank tea and ate with them, even danced a little to the traditional music of a small band playing in one corner. Sleep came easily as together we stretched out on the floor, warmed by the stove and by friendship. At dawn, venturing out into cold that stung, we admired the majestic Buddhas carved into the rock face some two thousand years ago. Illuminated by the rising sun, they appeared as if carved out of gold. Now they are gone.

We climbed higher, to twelve thousand feet, where we discovered the legendary lakes of Band-i-Amir. With the hues of precious jewels – emerald, sapphire, turquoise – the lakes nestled amongst gaunt sandstone crags, reflecting them to perfection in their glassy depths. No sign of habitation could be seen but from somewhere we had been observed, for a group of young boys rode up and offered us their horses to explore this dreamlike landscape.

Kashmir at that time enjoyed relative peace and the houseboats of Dahl Lake in Srinagar afforded us a relaxing period of respite from the road. The ancient wooden houses of the old town and the haunting silence of the lake with its traffic of gliding shikaras and backdrop of misty mountains gave Srinagar a bewitching, timeless feel. The houseboat owners and the boatmen selling saffron, carpets and papier mâche did good trade, until the simmering conflict drove the tourists from Kashmir too. 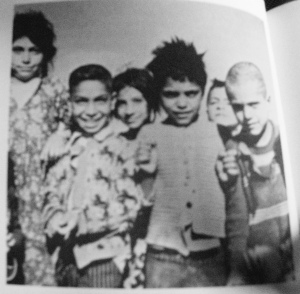 So many of my most treasured recollections are of cities and countries whose names now conjure up images very different from those etched in my memory: images of destruction and human misery, played out on our TV screens in grim turns, year upon year; of lives needlessly wrecked by war and its aftermath of forced migration, famine, grief.

Looking back, remembering the children who ran, waving and laughing with delight after our truck and imagining them now – those that still survive – fills me with sadness. The world we were privileged to see has gone and our idealistic hope, born in the early days of adventure travel, that bridging cultures would open hearts and minds and sweep away barriers between people now seems hopelessly naïve. It is not that we were blind to reality: the harshness of the lives we encountered was everywhere apparent, but poverty is not necessarily synonymous with despair. Somehow, human dignity and generosity still managed to assert themselves. There was a place for laughter, for celebration and for dreams.

I would like to believe that the better world we envisaged may yet materialise, unlikely though that seems from the standpoint of 2016. I guess at heart I’m still a child of the sixties, an ageing hippy after all, my ideals battered but still not quite beaten.

One thought on “The heady days of adventure travel”