Had I known when I made the decision to move to Spain in 1999 that in little more than a year I would lose a substantial part of my hearing, my courage might well have failed me. As it was, the sudden loss – possibly due to a virus though no one could say for sure – came completely out of the blue.

Spain is one of the noisiest countries in the world; shouting is considered perfectly normal. But now, quite mystifyingly, everyone was speaking in muted tones. I found myself constantly asking people to repeat their words and even when they did, struggling to make sense of what they were saying. Most people assumed I couldn’t understand Spanish and dredged up their smattering of English in an attempt to get through to me. My students of English assumed their pronunciation was at fault and lapsed into an embarrassed silence. But language wasn’t the problem. When I returned to England for the summer, the same happened there. Voices were, if anything, even softer. In England they don’t shout.

Friends assured me wax must be the cause – an explanation I embraced with huge relief. I refused to even consider I might be going deaf, as a less tactful friend had suggested. Not at fifty-one. Not me. Deafness was something that happened when you got old. It made you the butt of jokes, often involving ear trumpets. It implied stupidity. No, I couldn’t possibly be going deaf. I made an appointment to have my ears syringed. It didn’t help.

So, reluctantly I subjected myself to a hearing test. Now there was no escaping the truth: irreversible nerve damage combined with conductivity loss, resulting in a significant deficit of hearing that was only likely to worsen with time. The sooner I got fitted with hearing aids, the better. The idea of having to walk around with clunky contraptions in or behind my ears appalled me. I wasn’t ready to admit to this disability. In the young city of Granada, my advanced age was already an embarrassment; hearing aids would only serve as a visible reminder of it, even if my hearing loss was not age-related, as the audiologist affirmed.

With my new hearing aids sitting neatly inside my ears, thankfully hidden by my mane of long hair, I expected communication to be easier. They did help a little but nothing like enough. My confidence was ebbing away. I felt helpless, disoriented, a nobody with nothing to say because conversations left me lost, clueless. Socialising became an ordeal; I could no longer cope with teaching; misunderstandings and faux pas – the inevitable result of (often wild) guesswork – made me want to run away and hide. The phone was even worse. I had to steel myself to answer or to make calls to anyone other than family or close friends.

With each six-monthly test revealing a further deterioration, I graduated on to hugely expensive digital aids that were supposed to deal with any environment, focusing on the voice and muting background noise, for example. Unfortunately, the technology – though improving all the time – is not yet quite up to the job. I still feel helpless in most social situations. Every so often, advertising material from hearing aid purveyors is delivered to my house or my email inbox, giving dire warnings of the consequences of hearing loss: depression four times more likely, dementia five times. Cheers, that’s really great to know.

Inability to hear has even penetrated my dreams. Frequently, when people speak to me in dreams, their words reach me as an incoherent blur – just as in my real-life encounters. The difficulty is not just volume but also clarity. It’s about filling in the missing sounds or the missing words and using your brain to interpret the likely message. My brain is filling in more than I’m conscious of, running in overdrive to supply possible meanings. Guesswork is effective to an extent, as long as the other person doesn’t change the subject. Inevitably it’s more difficult when the language is not your native tongue. I find myself dominating conversations – a tactic quite out of character for me – in order to control and keep track of the subject. Talking is so much easier than listening.

While hearing might not seem of vital importance for a career as a writer, it certainly presents problems. Interviewing, whether for newspaper/magazine articles or as research for a book is challenging, being interviewed even more so. I cringe remembering the telephone interview (in Spanish) with a journalist from my local daily newspaper just after my novel was published. I had asked for the questions to be sent the previous day but this, apparently, was impossible. When your hearing is impaired, phone-calls are always harder than face-to-face meetings. I had assumed the interview would be written up as an article based around the questions and answers. Instead, what I read was a direct transcript. It was successful in that many people in Granada read it and said they hadn’t noticed the mismatch between question and answer. I suspect they were being kind because to me it was glaringly obvious that my answers didn’t always correspond to the questions asked. There are also the launches and presentations, when it’s customary to invite questions.

The temptation when you can’t hear is to withdraw into yourself, to turn off. Or worse still, to stay in the comfort and safety of your home, free from the anxiety of having to communicate. Striving to hear is exhausting and if you’re tired you hear less well. After a few hours in company, I’m desperate for some downtime on my own. On the other hand, I know it’s bad for me to spend too much time alone. I need other people; I need stimulating conversation and laughter. Isolation is not the answer. So I will not give in to my invisible disability. I will continue to challenge myself – joining groups, attending talks, participating in events, meeting new people. Sometimes it’s a hopeless failure, but on other occasions I manage fine and when I do, the buzz it gives me is incredible. Like most people, I used to take it for granted. Now, the exhilaration of being able to enjoy a good conversation, one where I can hear everything, feels like a gift. I am grateful for the technology that makes this possible. It may not be perfect but without it I would be truly lost. 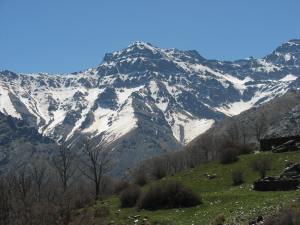 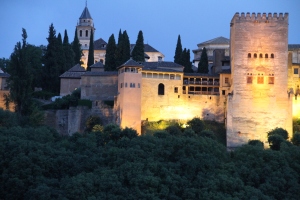 The Mexican poet Francisco de Icaza wrote that nothing in life was so cruel as to be blind in Granada. Thankfully I am able to see and appreciate the beauty of Granada – its stunning architecture, its beguiling streets, the snow-capped mountains that form its backdrop. And I’m lucky that with the help of technology, I can also hear the tinkle of fountains, the babble of the river and the birdsong at dusk. 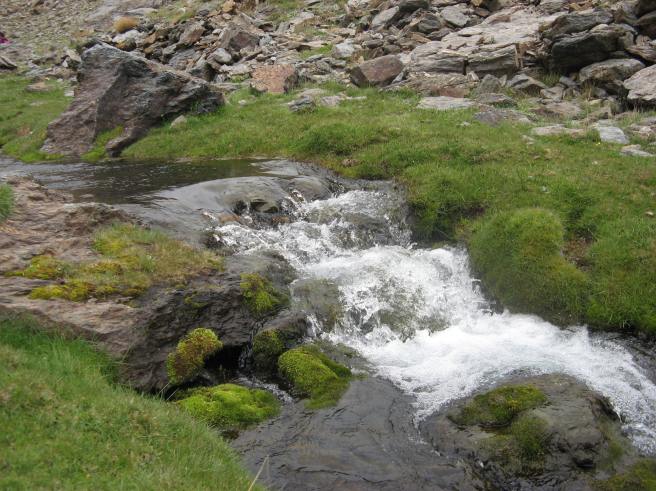